hide
hide
No announcements have been posted yet for California District 31 Little League Baseball. 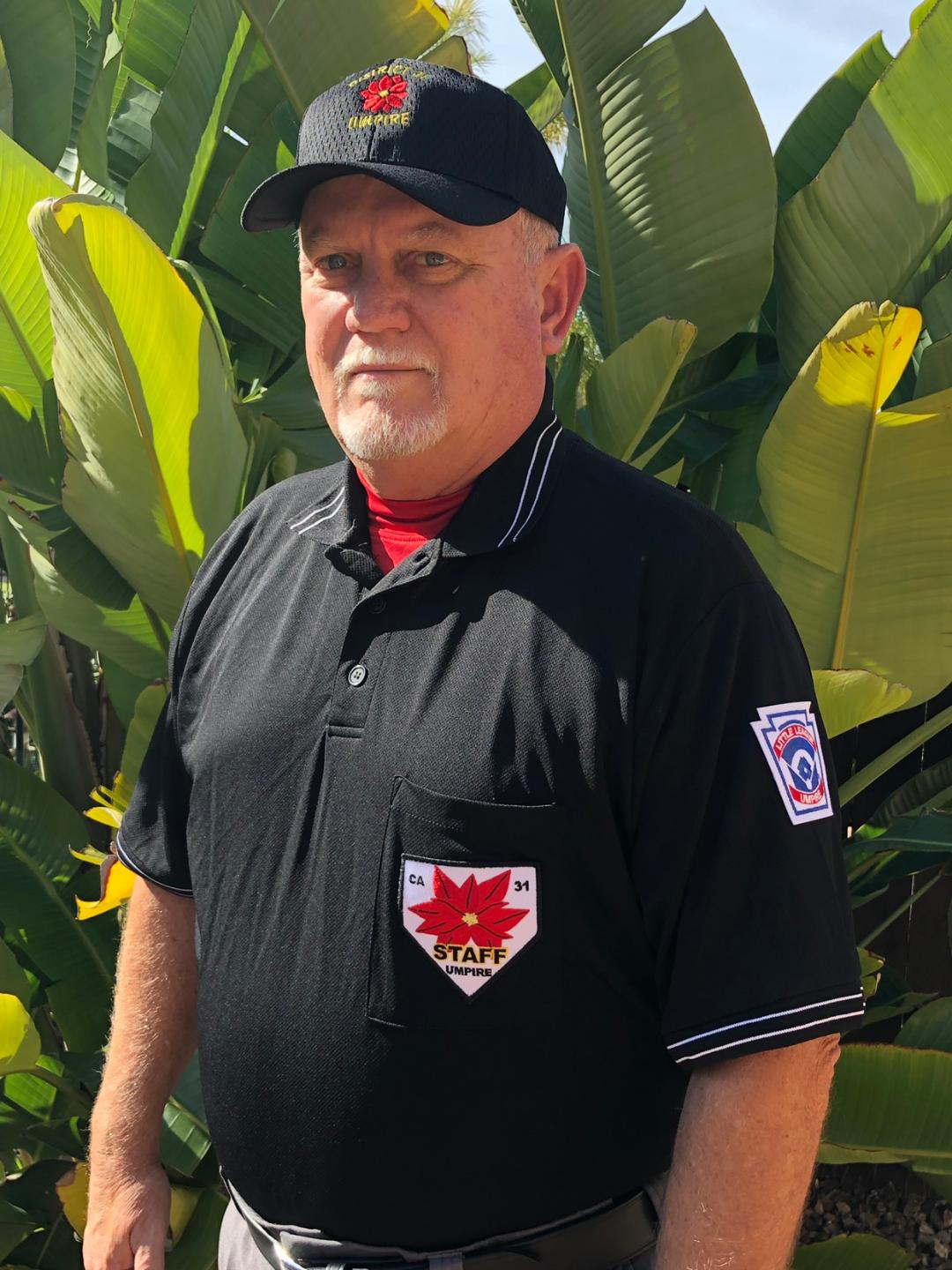 Posted by California District 31 Little League Baseball at Dec 28, 2018 4:00PM PST ( 0 Comments )
more editing options
Click HERE to visit the D31 Umpires Webpage - where you can click on the link to
Sign-Up for the Clinic(s)! 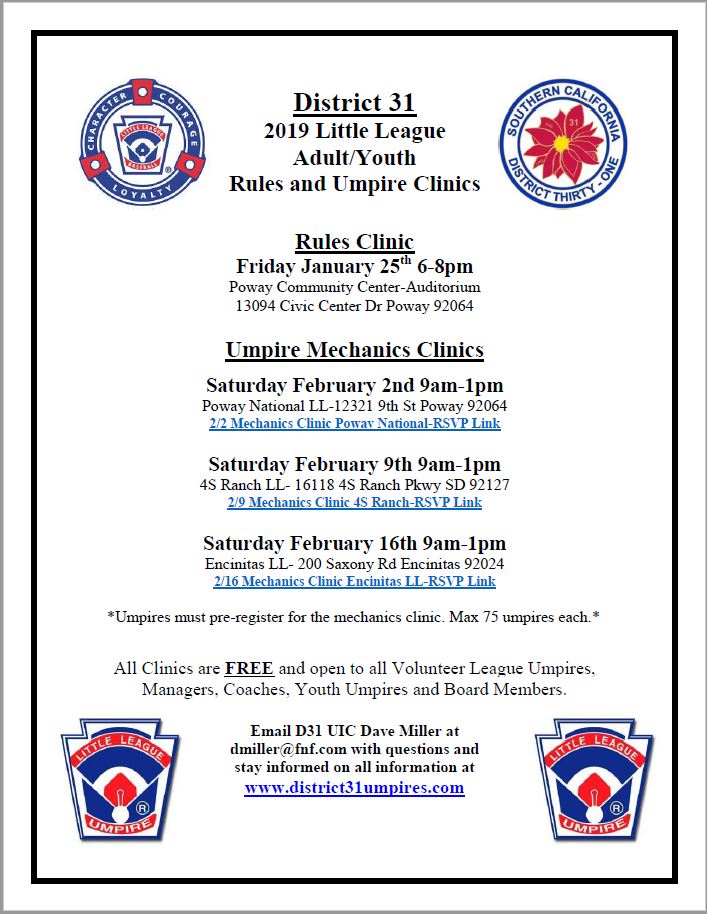 Tournament Rule 14 - Tie Game When the completion of six innings [Intermediate (50-70) Division/ Junior/Senior League: seven innings] and the score is tied, the following tie-breaker will be played to determine a winning team: a. The seventh inning [Intermediate (50-70) Division/Junior/Senior League: eighth inning] will be played as normal. b. Starting in the top of the eighth inning [Intermediate (50-70) Division/Junior/ Senior League: ninth inning], and each half inning thereafter, the offensive team shall begin its turn at bat with the player who is scheduled to bat last in that respective half inning being placed on second base. EXAMPLE: If the number five batter is the lead-off batter, the number four batter in the batting order will be placed on second base. An eligible substitute or special pinch runner may be inserted for the runner.

"Widely used in many international baseball and softball organizations and tournaments, the decision to institute this tie-breaker structure was made in an effort to promote pace of play and parity, while also, easing the physical stress on players," said Mr. Wilson. "By providing teams with more opportunities to score runs, while also adding an additional level of excitement to extra-inning games, this new structure will help to limit the strain on all players, including pitchers, while maintaining a fair and equal playing field for participants. It also helps tournaments remain on schedule by limiting the length of games that go into extra innings, and helping our tournament organizers in running a fun, efficient tournament."

Tournament Regulation - Managers/Coaches in the Dugout - If a tournament team has twelve (12) or more eligible players in uniform at the game site at the start of a game, then the maximum of three (3) adults who are named on the affidavit (or authorized replacements as noted on the affidavit) will be permitted to act as manager/coaches for that game. However, if a tournament team has eleven (11) or fewer eligible players in uniform at the game site at the start of a game, then a maximum of two (2) adults must be named at the start of the game as manager and coach. The two named adults must be listed on the affidavit, or must be authorized temporary replacements as noted on the affidavit. If there is a third adult listed on the affidavit, that adult is not permitted to be in the dugout or on the field during that game. NOTE: Base coaches may be adults and/or players provided at least one adult manager or coach remains in the dugout. See 4.05(b). "Little League Baseball and Softball is built on creating memorable experiences with other children from throughout their community, and when the opportunity is available to allow up to 14 children to participate in that experience, we encourage leagues to do so," said Mr. Wilson. "By establishing the number of managers/coaches for those teams who carry 11 or fewer eligible players at two adults, we are hoping to encourage more leagues to increase their post-season roster sizes and allow more players to participate in tournament play," All of the rule and regulation changes and updates for 2019, which include changes to the pitcher-to-catcher threshold; guidance on when the pitcher's hand can come in contact with the pitcher's mouth/lips; as well as policy updates, can be found by visiting LittleLeague.org/Rules.

The Western Region has heard you and is pleased to announce a second Weeklong Training Academy to take place November 9-15, 2019. This will be in addition to the current Academy set for February 9-15, 2019. Keep your eyes on the Western Region and Alumni website as well as Facebook for upcoming registration dates to take place sometime in either January or February 2019. The first year registration for the November Academy will be open the first day or so exclusively for those currently on the February Academy waitlist (approximately 50). Then registration will open for all until the Academy fills at 75 students. Looking forward we anticipate continuing with two Weeklongs each year. Training will be identical in the two Weeklongs and participants will only be able to attend one per year. ?We appreciate all the interest in the training at the Western Region. We believe it is the best our program has to offer.